Natural Health – Are your teeth connected to your Heart? 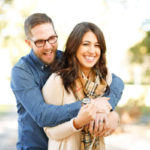 This may seem a strange statement and most people would just laugh outright. Teeth and heart that’s a stretch!

However it is not so far fetched. Gum disease has been studied and shown that there are in fact links between this and heart disease and diabetes.

A recent study has linked losing your teeth and having bleeding gums to heart problems as well as blood pressure and high cholesterol.

Researchers have found that poor dental hygiene and particularly bleeding gums could allow up to 700 different types of bacteria to find their way into the bloodstream. This will increase the chances of having a heart attack in even the healthiest person.

Gum disease causes bad breath, bleeding gums and if these are not attended to, cavities and receding gums may develop. Bacteria and plaque gets deposited between the teeth and under the gum lines.

Swedish researchers whilst conducting a drug trial on chronic coronary patients decide to also examine their dental health as well.

The results showed that cardiac risks went up as the number of teeth each patient had dropped. . This same correlation was found against blood pressure and blood sugar. In other words the more teeth a patient had lost due to poor hygiene the higher their risk of cardiac disease.

Around 40% of the patients had less than 15 teeth and 16% of patients had no teeth. One in four patients reported that they suffered from gum bleeds.

The patients with few teeth had increased levels of an enzyme that has been proven to raise levels of inflammation and result in the hardening of arteries.

Patients with bleeding gums were also shown to have negative effects on cholesterol and blood pressure.

At this stage there is no evidence yet that shows exactly how the gum or tooth disease directly affects the heart but it is clear there is a correlation.

One possibility is that oral bacteria when it enters the bloodstream may initiate an immune system response, making artery walls inflamed and narrow. They may even attach to fatty deposits in the arteries which result in them becoming even narrower and hardening.

A study conducted in Scotland turned up some frightening statistics. It was conducted over many years.

It showed that women with poor dental hygiene took over two months more than the average women with good teeth to conceive.

Research also found a link between people with increased dental plaque or bacteria tied up with cancer deaths up to thirteen years earlier than expected.

It appears that there can be no doubt that there is indeed links between gum disease and poor dental hygiene. The link is not attributed directly to having teeth but rather to the fact that poor oral hygiene will allow bacteria to develop in the mouth.

Be sure to brush and floss your teeth at least twice a day and visit your dental hygienist every six months.

This entry was posted in Uncategorized. Bookmark the permalink.